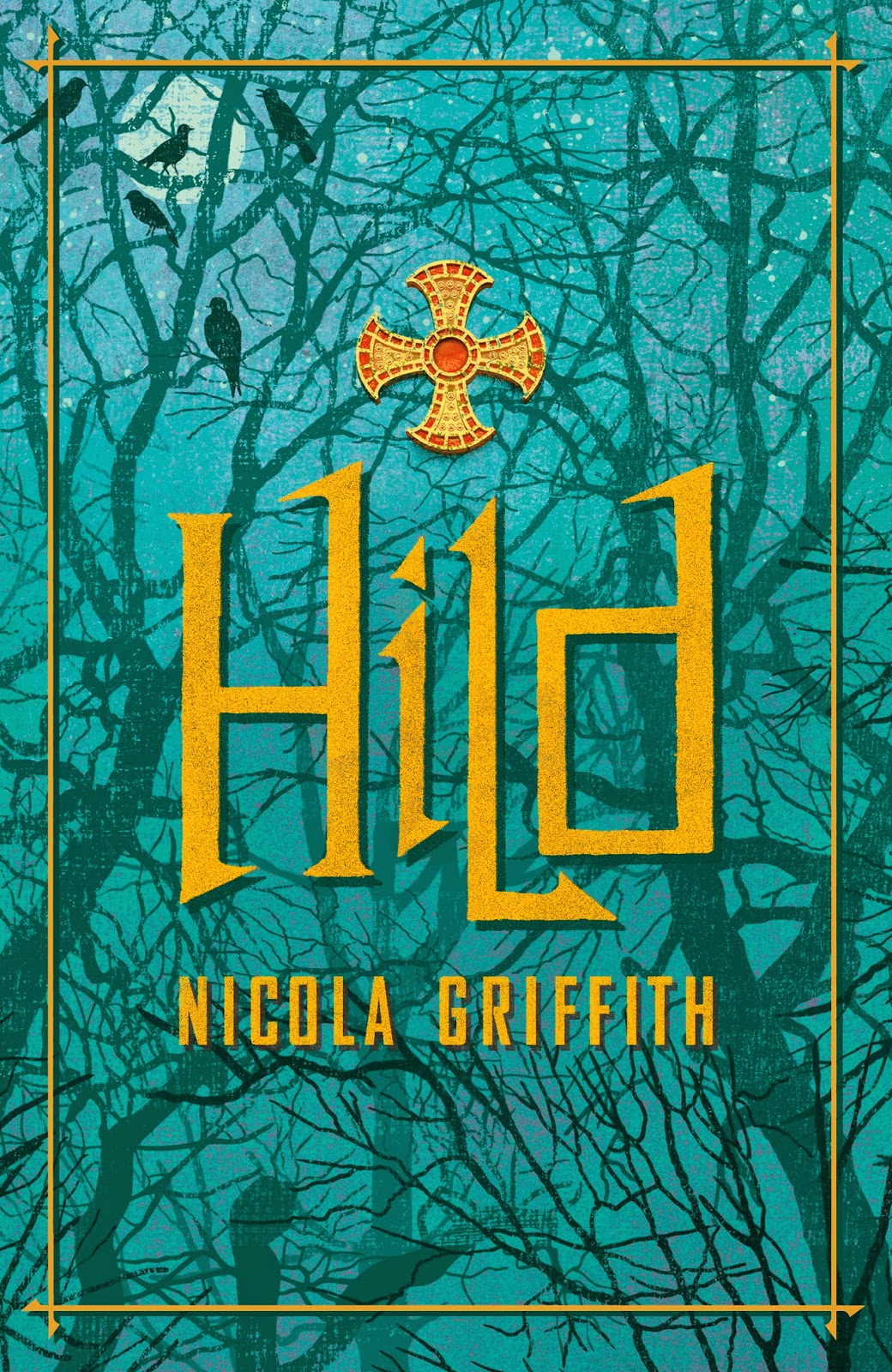 As regulars to my blog will know, I’m a big fan of strong female characters and have recently found myself more and more drawn to fictional depictions of historical women.  Nicola Griffith’s Hild is one such novel.  Set in the Dark Ages, it tells the story of the girl who would later become St Hilda of Whitby.  It’s an utterly mesmerizing narrative, and Nicola talks here about how she crafted what would become Hild’s voice:

I was in my 20s when I first saw Whitby Abbey and heard about the extraordinary woman who had founded it. But I wasn't a writer then. I tucked her story in the back of my mind and went on to other things.

Fast forward 20 years. I was waiting for the proofs of Always, the third Aud novel. My mother was dying. I was going crazy. So I did what I’ve always done when I can’t sit still: I just started to write. In a blaze of energy I wrote a memoir. I wrote the whole thing, soup to nuts, in three months; there was no time to be precious or step around the truth. As I wrote the introduction, I found myself talking about history and language and landscape and how I was shaped as a writer by all three. It became clear that this story about an extraordinary woman called Hild was where I’d been going for years, where I’d always been going, I’d just been too afraid of failure—failing at this thing I’d been aiming for all my life—to admit it. So the day before my birthday I thought: Enough. I would celebrate by having begun. So I sat down, opened a new document. And there she was, lying under a tree, listening. She was three years old…

I wanted Hild and all the other women to do their extraordinary and interesting things securely within the constraints of their time—while being fully, recognizably human (not idiotic stereotypes of Women In Ye Olde Past; you know the kind of thing). Hild had to be believable as a woman in her time and place, yet singular. Because she must have been. She began as the second daughter of a woman widowed in exile, hunted by rival petty kings, and ended as the most powerful abbess of Britain, counsellor to kings and teacher of five bishops. Now beloved as a saint.

But saints are never saintly in real life. They’re complicated, sometimes difficult, human beings. I wanted to know what made Hild who she is, how she managed to remain within her cultural constraints and become universally revered.

So I researched, and I pondered, and, frankly, quailed. And as I indulged in all kinds of avoidance behaviour—including more research—I stumbled over a new factoid: one scholar estimated that Anglo-Saxon women spent 65% of their time in the production of textiles.

This stopped me in my tracks. Sixty-five percent. That’s a greater proportion of her day than sleeping, child care, and food preparation combined. As I thought about it I understood that textile production was life-or-death technology for the whole community. I kept returning to it. It fascinated me. But I didn’t want to write that kind of book. I didn’t want to write about the restrictions of gender. Domesticity makes me claustrophobic. Hearth and home are all very well, but I love an epic canvas: gold and glory, politics and plotting.

To avoid that, I was tempted to take the easy way out and make Hild so singular that the restrictions didn’t apply to her. I tried everything I could think of; at one point I even had her learn and use a sword, although in reality she might have very well have been put to death for that.

It didn’t work: History is made by real people; the rules always apply. I despaired of being able to reconcile that reality with what I wanted, what somewhere inside I knew was possible.

In the end I did what any good Anglo-Saxon would: I got drunk, laughed in the face of fear, and charged. And I discovered what poets have known for millennia; that constraint is freeing. I had nothing to lose, so I committed. The words came. It felt like magic. It was Hild’s voice.


Nicola Griffith has won a Nebula Award, the James Tiptree, Jr. Award, the World Fantasy Award and six Lambda Literary Awards. A native of Yorkshire - now a dual US/UK citizen - Nicola is a onetime self-defence instructor who turned to writing full-time upon being diagnosed with multiple sclerosis in 1993. She lives with her wife in Seattle.

Email ThisBlogThis!Share to TwitterShare to FacebookShare to Pinterest
Labels: Guestpost, On Writing